"He testified he remembered removing his shorts. 'I know my back side got uncovered,' he said, adding he was not sure whether she saw his genitals."

It has come to our attention that Greg Smith, the only member of Nelsonville's City Council who defended the racist Nelsonville Police Officer (Josh Braglin), has a long history of abusing his authority.

In 1985, Nelsonville Police Chief Greg Smith was fired "for many incidents of misconduct," involving a local woman who was victimized after hours at the old Nelsonville City pool. It was covered in both the Athens News and Athens Messenger, and the articles posted here are old photocopies. While stories about the incident have circulated for years, none of the articles are available online. This man should not be serving in a public office of any kind, and should resign immediately. Feel free to call the Nelsonville City office to voice your opinion. 740.753.1314 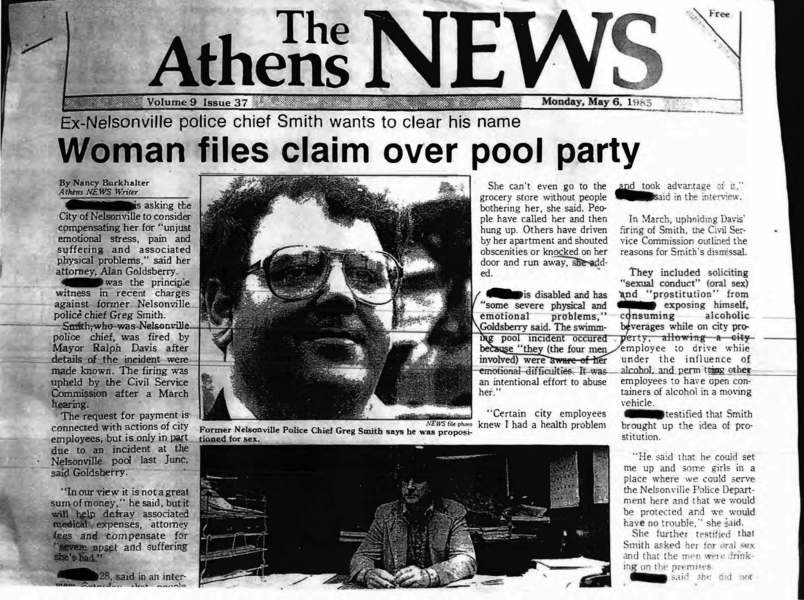 46
I Got Your Back
Submit your own Incident