We arrived 5 or 10 minutes early for yesterday for the march for Black Lives in Logan, so we sat down on the side of the monument facing the gazebo. It was the only place to sit that wasn’t wet after the rain, but we also knew what we were doing. The event’s organizers were in the gazebo testing the sound equipment and otherwise getting ready. A few minutes later, the white supremacists started to arrive and looked totally appalled that three people holding Black Lives Matter signs were sitting at their monument. We stayed seated. One by one a few different ones of them circled us, read our signs, then went back to stand with their buddies who were taking up posts on the other three sides of the monument and audible said to each other things like “that just makes me sick.” Then they all started bragging about how many AKs and gas masks each of them had in the car. We sat there displaying our signs until the speakers had finished and we were called to kneel together up by the road for the 8 min and 46 seconds that George Floyd’s murderer held his knee on Floyd’s throat. After that, we marched. At one point a white Jeep parked in our path and had a chat with one of the white supremacists. After the marching was done, people hung around and argued with them for a while. I don’t think that’s a very effective strategy, but I hung around for a while wanting to show strength in numbers and be ready to film if things got out of hand. Most of their arguments were the same old and tired all lives matter crap we’re used to hearing, but at one point, the dude in the camo hat actually said in a very heated fashion, “This is America. If you don’t like it, go someplace else. Like someplace where they like your race.”

I am really hoping some of these people get outted in a way that damages them somehow, at work or at school or something. Attendance was lower on the BLM side and higher on the white supremacy side today. 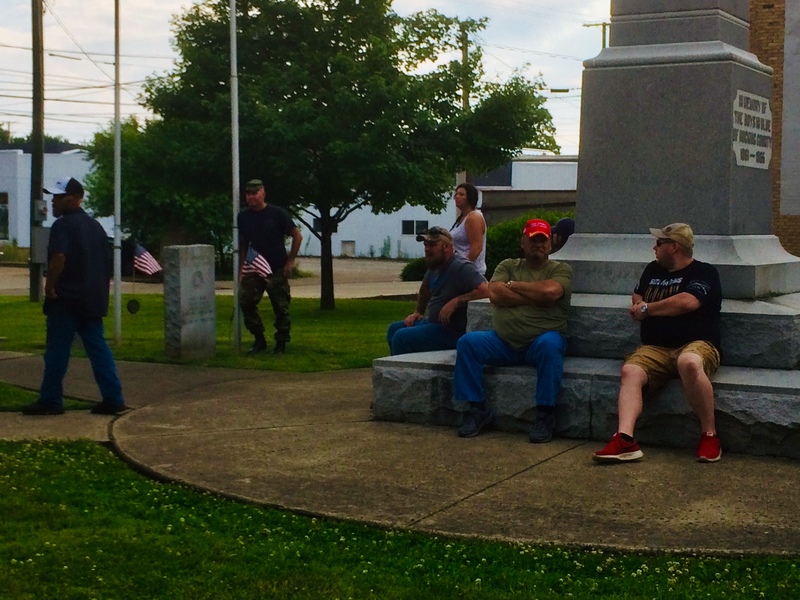 10
I Got Your Back
Submit your own Incident