So I just spent all day today moving furniture and cleaning out the wood shed so that I could buy a load of seasoned firewood. I haven't had time to cut any all summer, and it's starting to get cold at night. I drove a few miles down the road to this hunting supply store that I had never had a good feeling about. My friend, who happens to be a guy, said that the guys there had been really nice last year and that they sold him nicely seasoned hardwood at a fair price, so I decided to check it out anyway. I drove up to the place. There was an open sign on the door but no one around. I got out of my truck, and two guys walked up from another building nearby saying, "Do you need dad?" I didn't know who "dad" was, so I just said, "Who?" The other one said, "What do you need, babydoll?" and it sounded belittling and smirky to me.  He refused to make eye contact or look at me for a reaction, but my stomach turned, and I took a step back and just said, "I heard you all sold seasoned firewood." He rambled on for a long time about how it was his brother who did that and that he didn't think he was going to this year. He asked me if I knew him and a handful of other names. It felt like he was just trying to keep me there as long as possible.  I was shaking my head, walking toward my car, and saying, "That's okay, I can find some elsewhere" when he started to follow me and ask me where I lived. I just said again, more loudly this time, "It's okay. I can find some somewhere else," and took off. What is it with guys thinking it's okay to call strangers names like "babydoll" and ask them where they live?! So much for nice customer service. I guess things are different for women around here. 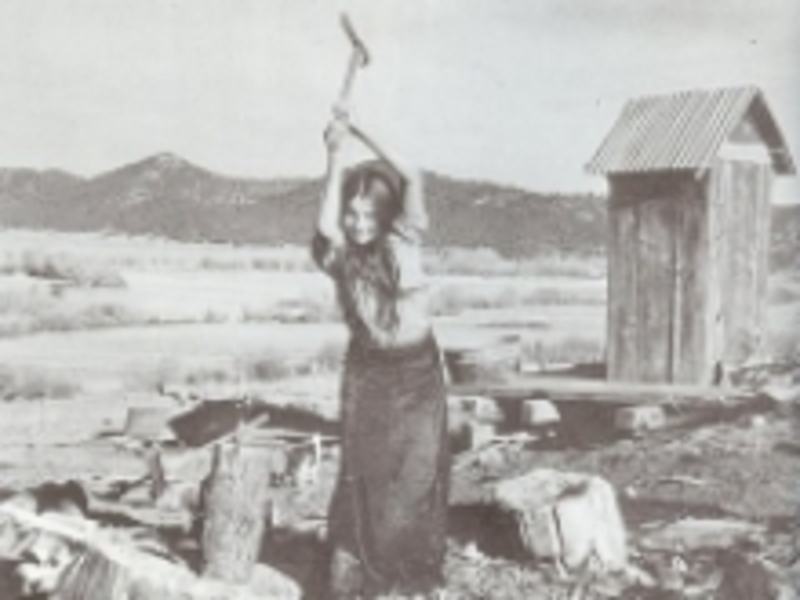