The minute I turned 21, I made a special effort to hit Lucky's every Wednesday last spring semester for liquor pitcher night. It used to be my favorite thing about the week...until one night when my friend group was harassed three times in under two hours. Last week, Lucky's was packed wall-to-wall, which was surprising because school was still a week away. My friends and I had managed to get a table, but not without consequence. A large group of males were invading our space, throwing their drink straws down on the table and setting their pitchers wherever they pleased. Annoyed, I asked the nearest guy if he could give us a bit of space. I got a condescending response in return: "Oh, I'm sorry, this is clearly YOUR space, I'll move."   A few minutes later, another white male plopped down in the empty space next to my two female friends who happen to be dating. The guy attempted to make conversation, but feeling protective, I politely said to him that we did not know him and I would prefer that he left. Not liking my answer, he proceeded to inform me of how nice of a guy he was and that he was not about to "rape us"; he just wanted to be "friends." The verbal assault escalated when he finally got up and tattled to his friends about how mean I was being, and that I was a slut. One friend I was with managed to get a few pictures of him during his extremely loud rant that detailed how horrible we were for making him leave; I've included one here.   The worst part came a little later in the night, probably around midnight. Again, a guy sat beside my two female friends and instead of respecting the fact that they're together, he mocked their relationship after being rejected from sitting there and very loudly asked "Who wears the strap on??" At this point, my friend and I had absolutely had enough of this guy and we both yelled at him to leave after his stupid comment. But instead of just getting up and leaving us the hell alone, he went to his friends who were standing a few feet away and continued to make nasty homophobic comments ("this butch won't shut the hell up") about my one friend, whose appearance is more androgynous. I even shoved him at one point when he got in my friend's face and made advances toward her. Unfortunately, that got me into trouble, when the bartender (who knows my friend group fairly well, as we were regulars during the week) told US that if we didn't stop fighting, we would all get thrown out. I explained to the bartender the situation, but his defense was "I can't just throw him out, I don't know what happened." He later apologized and asked if the guy was still bothering us, but still no action had been taken.   I did my best to defend my friends, but because I am a woman, I was dismissed by the harasser. "Don't you know what the First Amendment is? I can say whatever I want. I'm not listening to you anymore. Shut up." It was a truly disheartening and awful moment in a bar that I actually liked going to with my friends. As a side note, my two friends are frequent targets of harassment, and not just by men. Athens is supposed to be very LGBTQ friendly, but last week's Lucky's night was a complete disaster and proof that there's way more work to do in terms of acceptance and respect. 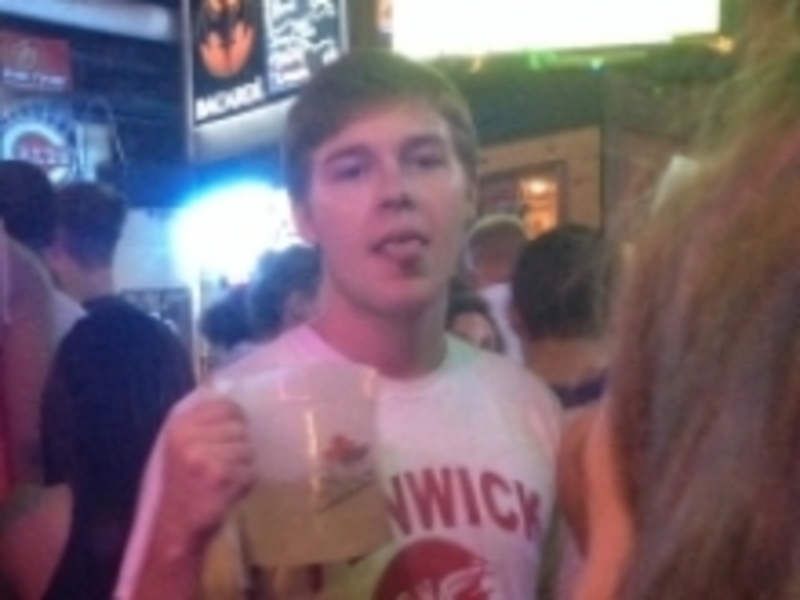 8
I Got Your Back
Submit your own Incident