"You don't actually need to be a woman, you just have to dress like one. . ."

Some time in the 90s I attended the Halloween Block Party as some sort of tribal warrior of my own invention.  I was wearing a grass skirt and a headdress that I made myself.  The headdress was made out of grape vines and small animal bones and other natural items I had found in the woods.  It covered my whole face.  I was walking down Fern Street, away from the block party and toward my friends' house where a party was going on when two guys ran up behind me, one on each side. They put their hands under my armpits and lifted me off the ground.  I was laughing the whole time thinking these were my friends from the party, and they were just playing some sort of joke on me.  Then they carried me behind a rental and threw me down on the ground next to some trash cans.  One of them leap on top of me and pinned my arms down with his knees.  He reached up and pulled the headdress off of my head, revealing my beard and my full on man face. At this point he yelled, "[email protected]#K!" and jumped up and he and his friend ran away.  I lay on the ground and was struck by the notion that if I had been a woman I would have just been raped by two men next to some trash cans. 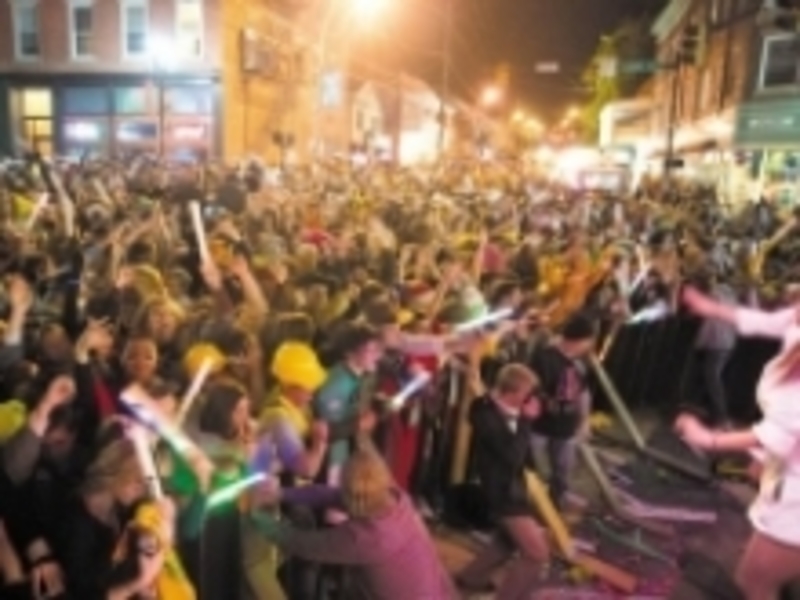