Blatant racism is acceptable within establishment

A bar I've been a regular at for sometime had recently kicked me out after I had be called the n word for the, lets just say millionth time, and not taking it with a grain of salt, as I have done in the past. A drunk slurring man approached spewing a slew of slurs into my ear for about five minutes uninterrupted. The owner sat there watching, taking a shot followed by a few swigs of his beer. I realized I was on my own to deal with this situation, as we all find ourselves having to do at times sadly. I swung around in my seat, verbally explaining to the man his best course of action would be to leave me alone, as it'd benefit him the most due to just how steamed up I was. As soon as that transpired the owner had jumped up, walked to me, dumped out my drink and shouted for me to, “Get the fuck out!”“His bar so it's his rules,” I thought to myself. I stood up and left with my chin as high as I could manage at the point. The Bar in question I do not blame, until I learned the assailant had been welcomed for more drinks after I had been kicked out for speaking against a man's bigotry. Two days had passed and I went down to dialogue about the events earlier in the week, but as soon as I walk up to the bartenders to ask for a water and whether or not one of the involved parties was present I was told I wasn't welcomed to have water or any longer be in the establishment. This was not the will of the owner, but the bartenders who were unaware of the situation but still felt I was in the wrong for being upset about an attack on my skin tone. The Smiling Skull Saloon, The SS saloon, is a lovely bar at times with great people. There are times with certain percentage of people, however, that feel comfortable with everything from terms like: “you're not that black so you can't get offended”
to
“n--ger” and as a half black and half Irish male, my personal “favorite” is when these biker clubs, and a good portion of the regulars use Middle Eastern slurs to insult me due to their absolute ignorance and inability to dialogue with others from a different tribe. Ended up I was not forever banned, and there were apologies about the ball being dropped not kicking out the man who started the whole ordeal. All I ever ask for is equal respect, however not what I’ve come to expect. 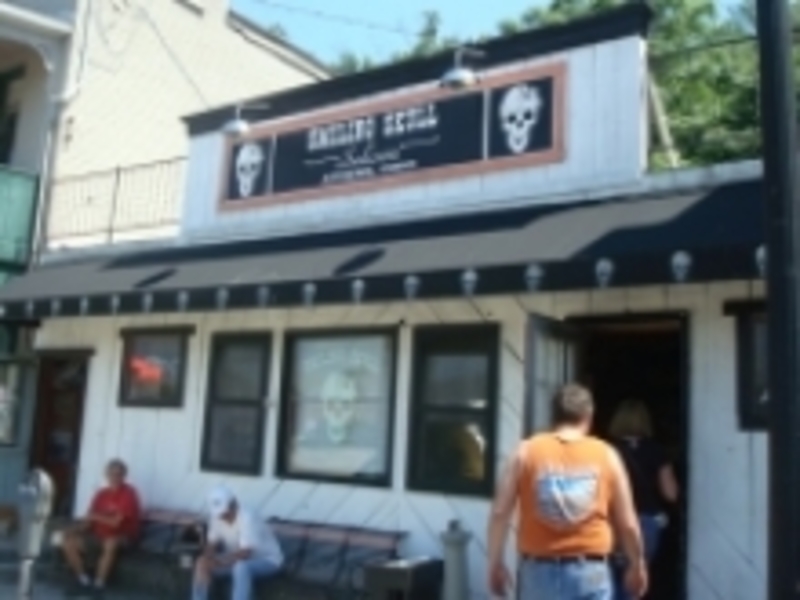