On Sept 25, 2017, PJL received an anonymous tip about an SPQR flag believed to be a neo-nazi symbol being displayed on the balcony of a residence at 149 E State Street in Athens, Ohio. On Sept 27, a photo of the residence bearing the flag was posted to our Facebook page along with a link to the recent article by Southern Poverty Law Center titled, "Flags and Other Symbols Used By Far-Right Groups in Charlottesville," which includes a depiction of a nearly identical flag. We also included a link to Wikipedia article, "Fascist Symbolism," which explains that ancient Imperial Roman symbols including the golden eagle and the SPQR motto were appropriated by Italian Fascists under Benito Mussolini in the 1920's. This flag was flanked by two tiki torches, another symbol used by white-supremacists in Charlottesville, and was said to have recently replaced a Trump flag. PJL has had success in the past at having sexually explicit banners removed from residences by calling the landlord to complain. Landlords then contacted the tenants, and the offending banners were removed. The Facebook post including the photo suggested that followers call the building landlord, ProKos Rentals. PJL Director, Sarah Fick, called ProKos Rentals and left a message, but the call was never returned. PJL received many reports from community members who spoke with Demetri Prokos and/or a woman working the front desk at the rental office. All accounts stated that these two individuals defended the tenants right to free speech. PJL received an unsigned letter from "The Tenants of 149 E State Street" on Sept. 29, in which the tenants denied any knowledge of their flag and tiki torches' replication of imagery used in Charlottesville and explained the flag's presence by stating that they had recently held a toga party. Since none of our staff had ever attended a toga party, we decided to do a little cultural research. We scrolled through several pages of google images after searching the words, "toga party," and although the laurel wreath pictured on the flag was prominent throughout, we did not see a single SPQR flag or any depiction of this abbreviation or the golden eagle. Based on the aggressive nature of the tenants response to community concerns and several reports from women and people of color being harassed by the tenants as they passed by this house over the past few months, our organization still believes them to be a threat to the safety of Athens residents. 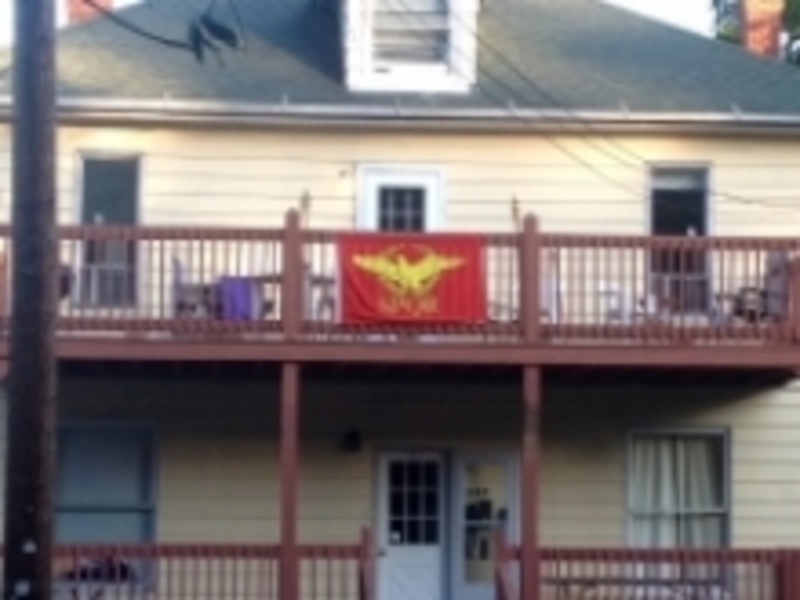